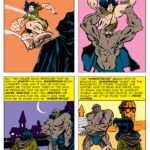 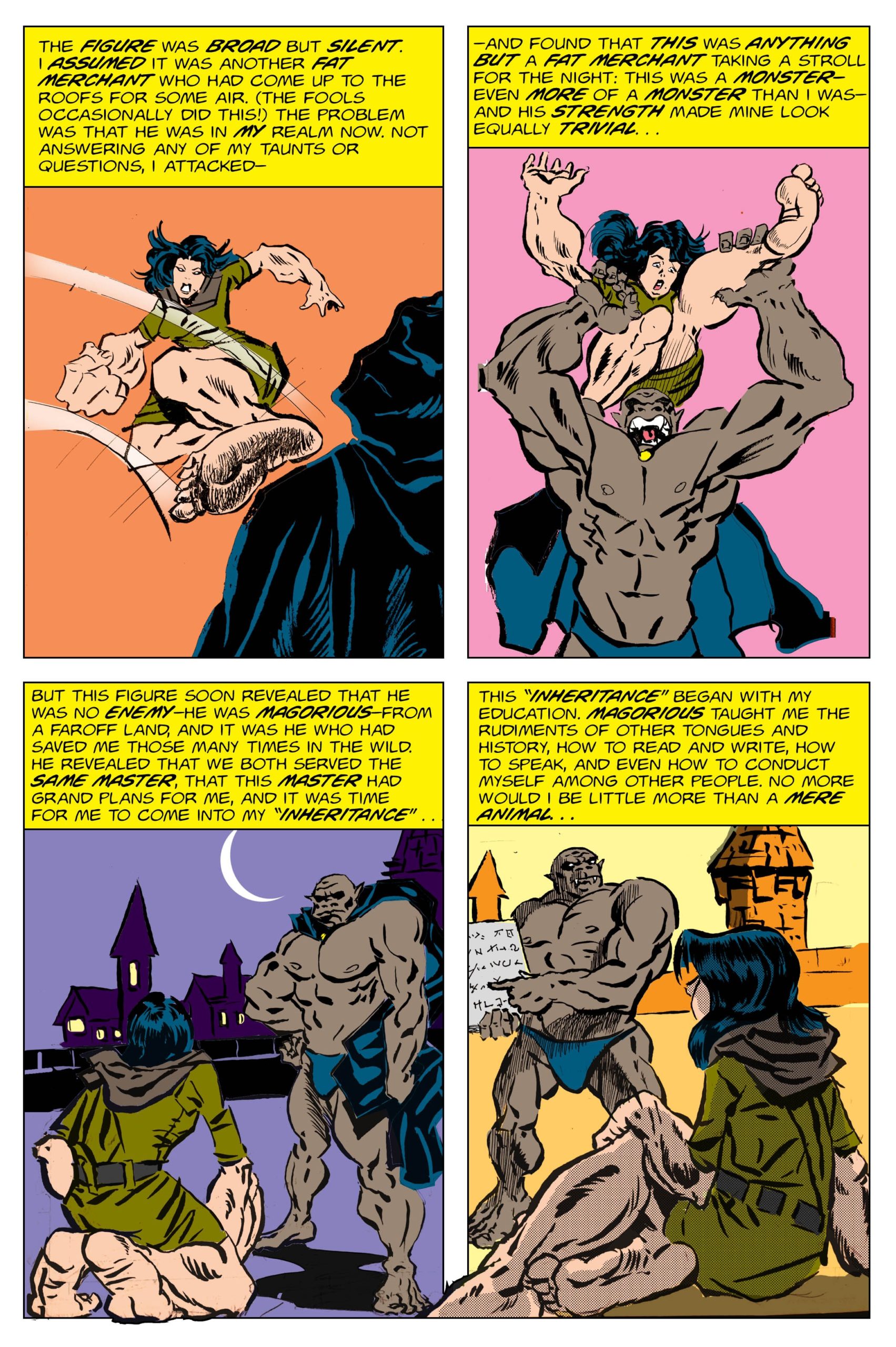 MY GUARDIAN ANGEL WAS A TYPE III DEMON?

Ah, now we at last discover the identity of Manhands’ mysterious guardian angel who saved her those many times while out in the wild. Though not a guardian angel, he’s not really a devil either. Rather, it’s Magorious again, who hails from a “far off land.” In fact, Magorious is suspiciously similar to one of the Igagii, the Man-Beasts of Oregen Peninsula (as discussed HERE).

Magorious quickly shows our young tough who has the upper hand in this relationship, with strength far greater than even that of Manhands (since Igagii allegedly have strength similar to one of your gorillas). Excuse the pun, but Magorious “manhandles” Manhands, as easily as she would one of the local rubes in Khapitalium.

In any event, what becomes abundantly clear from Manhands’ story is that she was made, formed, designed by this unseen, unknown “Master” for a purpose. But what? And who was this being? We know that Manhands eventually becomes a major crime lord in Bordertown. But why there? What was wrong with Khapitalium?

It is clear that Manhands is being forged as a living weapon in this secret war of her mysterious masters, building upon the strength of her own freakishly powerful extremities, her stealth, and her own cunning and wile, honing this living blade to perfection. First she was left to fend for herself in the wild and then in the big towns and cities, relying only on her own brutish power and wits. Having somehow survived this first test, she will now begin to receive (from Magorious) the rudiments of a basic education. What will follow?

Join me next time, honored reader, as we find out.