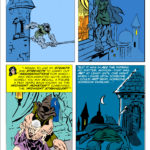 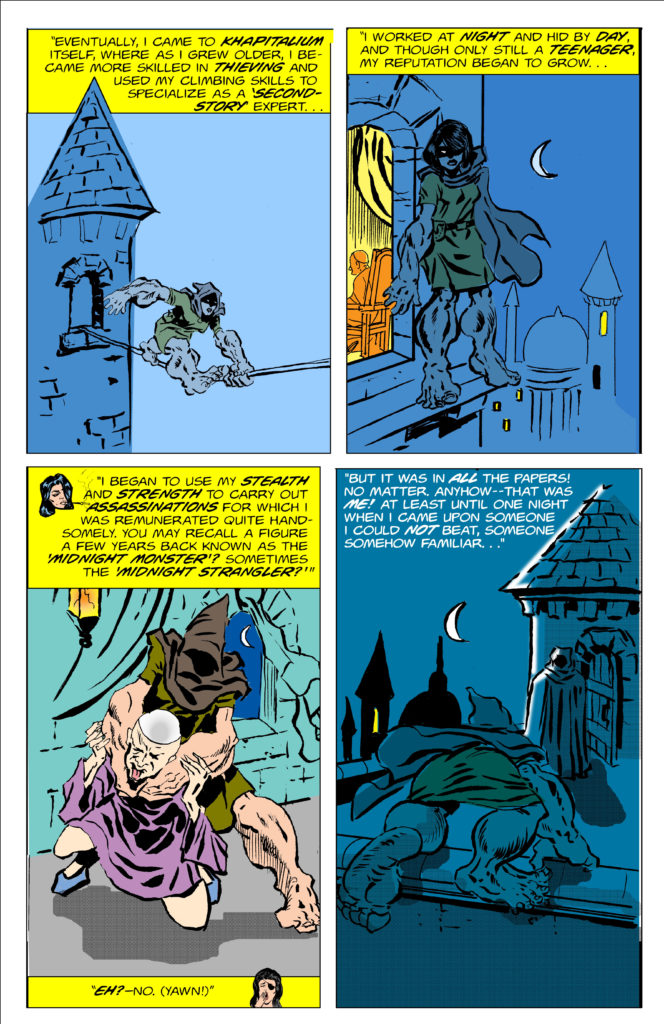 I WAS A TEENAGE ASSASSIN!

Our case in point? Madame Manhands. As you recall from my last transmissions, Manhands had to fend for herself, growing up in the wild and on the streets of larger towns and cities. She had to steal for her food and defend herself against those who would destroy her. As she reveals today, she continued this downward spiral as she eventually found herself to Lossiya’s greatest city and it capital—Khapitalium.

Today we see that as she grew older, she transitioned from being a mere street thief and pickpocket urchin to a professional burglar, and then took a fateful career turn—to assassin. At some point, all people are placed into a position to choose good or evil. With her new profession, Manhands chose the latter.

One might say, “Well, what choice did she have? It was either kill or be killed, eat or be eaten!” The danger is that once one descends into that dark stairwell, retreating from it becomes ever more difficult. Will this new mysterious figure show Manhands another way, another path? Or will he only hasten her upon her present dark road?

And when Manhands realizes that the person sitting next to her is in fact Nikki, who has declared to walk a different path, how will she react? Will she attempt to use her human vise-like hands to throttle our human-cum-elf like a chicken? Will we finally see the “Battle of the Bathtub?”

Please join me next time, honored reader. Until that time,