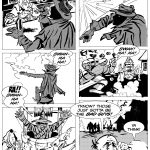 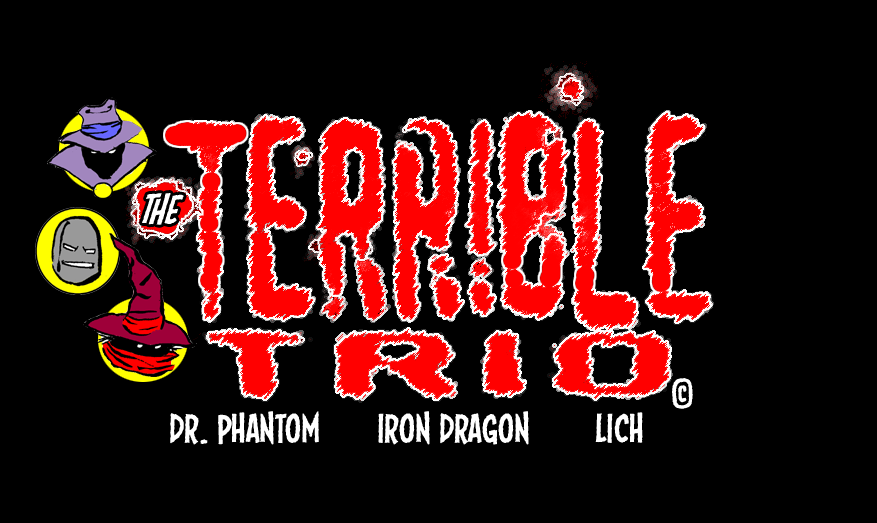 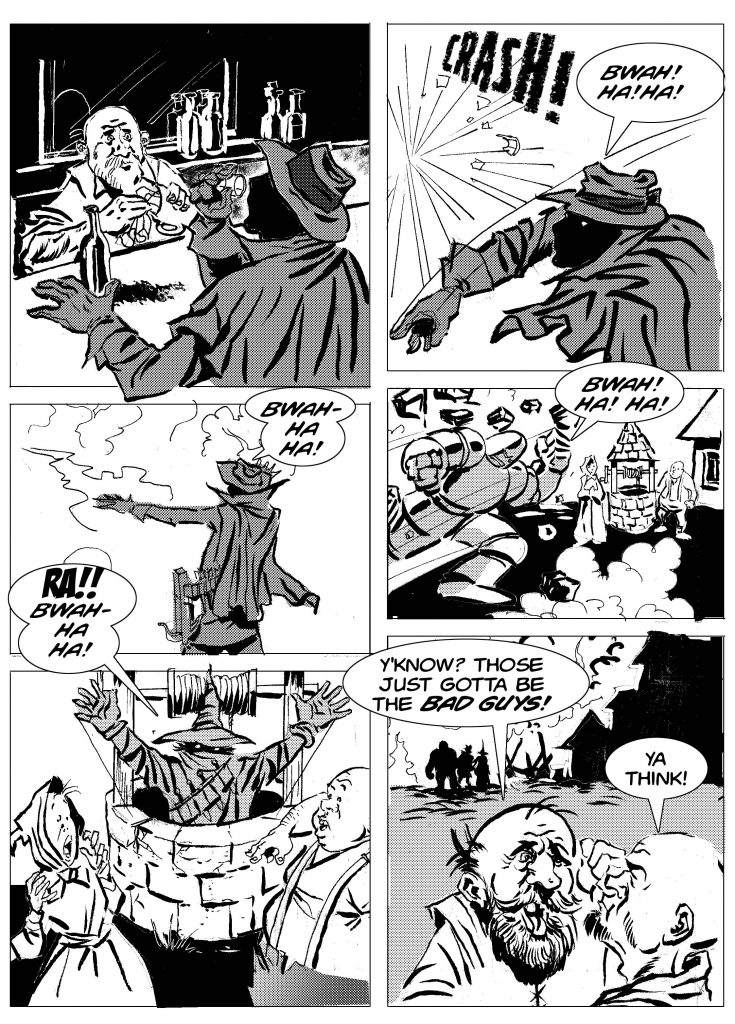 Yes, indeed, now you at last really do meet the “Terrible” Trio, the predecessors of our “esteemed” “Terrific” Trio, whom you’ve already met (and perhaps come to love?). These goons were active some thirty to forty years before our younger friends and newer generation, the Terrific Trio. And as today’s strip shows, you can see why many considered them to be more “Terrible” than “Terrific.” Long time readers will also recall that I once mentioned the Terrible Trio and my not-always-so-happy dealings with them HERE. So without further ado, let the introductions begin! 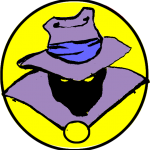 Dr. Phantom: The man who would become Dr. Phantom (his Wizard Codename, of course) graduated at the top of his class Summa Cum Laude from the prestigious Khapitalium Conservatory of the Arcane Arts and upon graduation was hired to the equally prestigious position of Junior Court Vizier in the Lossiyan Imperial Court. After that, everything began to slide downhill, as Phantom soon grew dissatisfied with his compensation package and took a position with the Empire’s arch-enemies in the Bossiyan Royal Court. Again, feeling that promises regarding remuneration, advancement, and pay were not kept, Phantom used his amazing skills of illusion to make the royal financial statements appear much healthier than what they actually were (to cover Phantom’s audacious embezzlement!). Eventually, however, Phantom’s financial shenanigans, as many criminals discover to their chagrin, were discovered during a routine Royal Audit by auditors who also had skills in the mystic arts, and Phantom had to quickly make plans for an early vacation from Bossiya—a permanent one. On the run from two of the most powerful kingdoms in the Wyrld, Phantom came to live a life always one step ahead of the authorities. Joining up with Lich and the Iron Dragon, he became their leader, so to speak, being the brightest lamp of an otherwise dim collection.

Lich: The man who would become known as “Lich” (ostensibly because he was as quiet as the dead) did not have as spectacular of a career as Phantom before turning to a life of crime because he was for the most part always a part of the crime world. Beginning as a boy on the streets of Khapitalium as a simple pickpocket, he moved on up (literally) to second-story work. Eventually catching the attention of the local thieves’ guild, Lich gained membership and continued to hone his skills with them. Evidently, he grew bored (or, if it’s conceivable, even more stupid) and decided to steal from the Godfather of Crime of all Khapitalium. After several attempts on his life by the thieves’ guild, Lich decided to move to greener pastures and show off his talents to new audiences, eventually meeting up with his partners in crime, Dr. Phantom and the Iron Dragon.

The Iron Dragon: The last personage of our illustrious Terrible Trio is the only one to have revealed his face and true name, and the only one to eventually “go straight” (if you can consider a career in politics as really “going straight”). But then we’ve already met the Iron Dragon, aka Francis Dragan, the father of Bryan and Nikki, two of our “Terrific Trio,” HERE and HERE.

Let’s see what trouble they cook up next time, shall we, dear reader?
Until then,