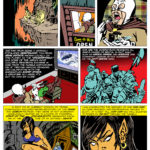 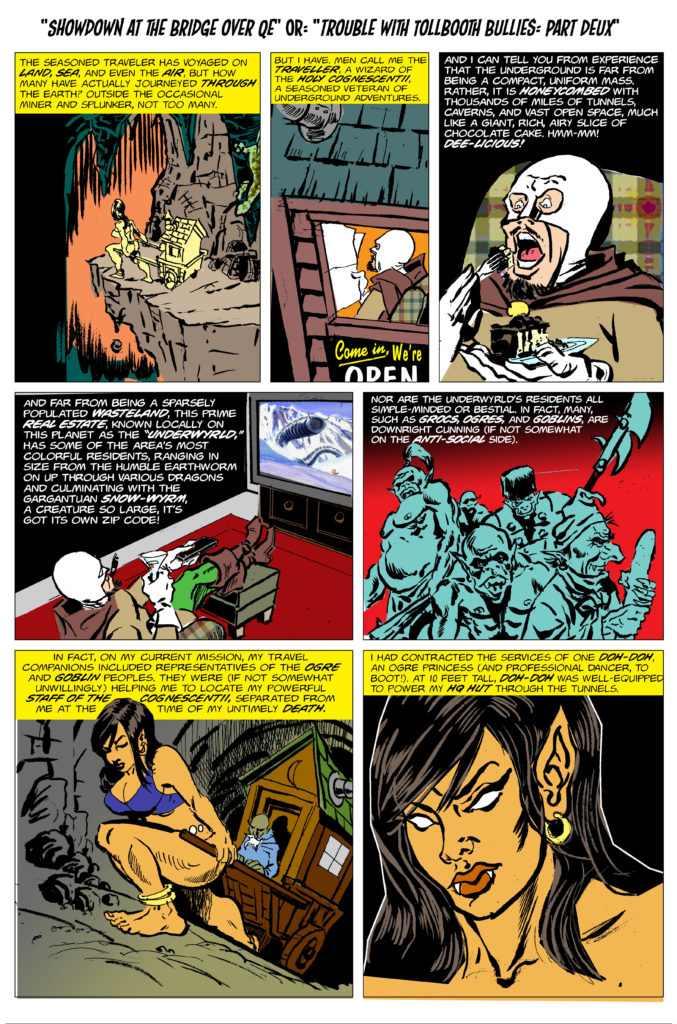 THE PROBLEM OF PROMISES, CONTRACTS, AND COMMITMENTS

HEE-HAW! Back on the road again indeed! And warmest greetings and welcome again too, most honored reader, to the pages of the Tales of the Traveller, missives across time and space detailing my adventures and misadventures on the Wyrld.

And here on my present mission I was on an especially tricky one too: plunging deeper and deeper into unmapped tunnels of the Wyrld’s Underwyrld, among that planet’s most dangerous of environments, my traveling companions one step removed from enemies, and with no idea how to reach my goal—the location of my mystical Staff of the Cognescentii.

Indeed, adventuring through the Underwyrld was always extremely dangerous, with (as you can see) deep, treacherous chasms, countless monsters, and the possibility of losing one’s way and starving always just around the bend. After all, there were few roadside taverns and what few there were either featured unsavory food and drink, unsavory fellow patrons, or most often—both!

Fortunately, Underwyrld adventuring was a specialty of mine, and I had often offered my consulting services to adventurers interested (and suicidal enough) to venture into the planet’s depths. Then, however, I always had my magnificent Staff of the Cognescentii to fall back on (just in case the natives got a little too restless), but on this journey I was bereft of its benefits.

Unfortunately, I had to rely on the help of my two “frenemies,” the first of whom was a cannibalistic Ogress who considered me responsible for the demise of her tribe at the hands (er, claws/maw) of a dragon. I promised to bring her to the surface and show her “the Wyrld,” in return for helping to haul my mystical hut (of course, it didn’t hurt that I held some compromising material showing her help me escape, as seen HERE).

She, in turn, insisted on bringing her schizophrenic Goblin sorcerer, who, no doubt as a result of the myriad beatings he received from Doh-Doh and the other Ogres, developed a Sweden-sized case of Stockholm Syndrome, and followed Doh-Doh about like a dog. But would he, like a rabid dog, also someday turn on her (and even more importantly—me!), using his Goblin magicks in the process?

Perhaps just as frightening, would Doh-Doh change her mind and turn on me, not just stranding me in the trackless tunnels of the Underwyrld with my 1,000-lb bungalow-hut, but perhaps even turning her 10-foot-1,000-lb. carcass against me as well? Ogres were cannibals, after all. The three of us were nothing less than a traveling Mexican standoff.

But as any seasoned traveler knows, you can choose your airline but you can’t choose your co-passengers. I would have to chance it. I hope I’ll be able to write next week with news of how it went. Until then, honored reader,