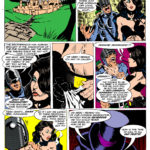 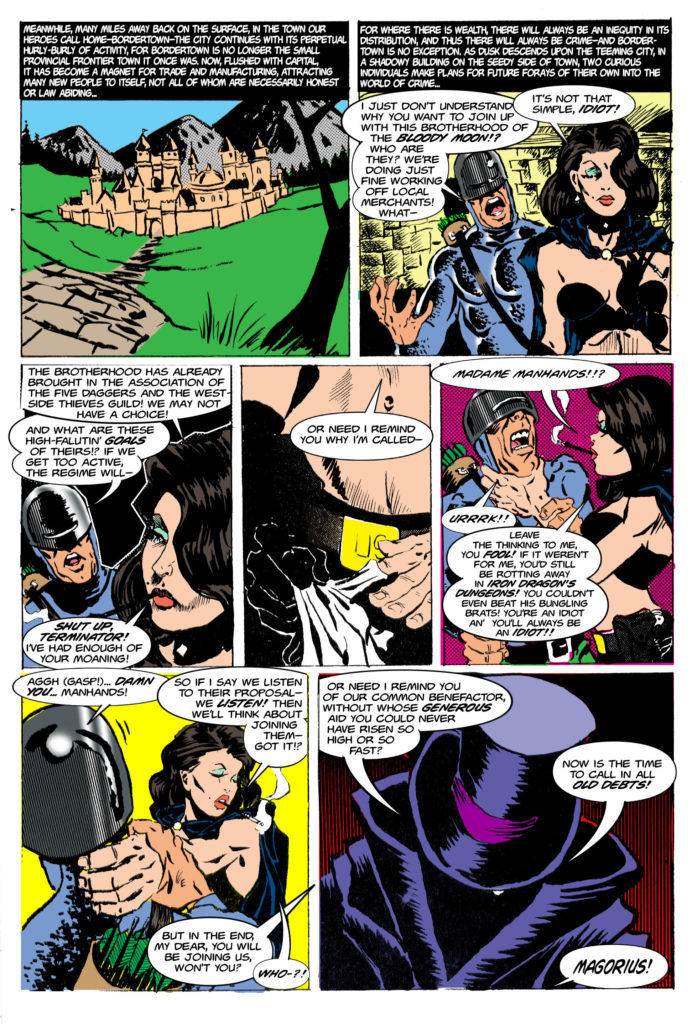 MEANWHILE, BACK AT THE RANCH IN THE OTHER “UNDERWYRLD”…

WHEN THE CAT’S AWAY…

Hmmm….if our young heroes weren’t so busy fighting off flying fangs, claws, talons, axes, spears, and swords, they just might notice their ears burning from all the nice comments these two hoods have to say about them. Indeed, one of those doing so is well known to them—the Terminator, an old foe. As you recall, the last time we saw this hood, he had put a bolt in the Grey Archer’s shoulder (as seen HERE). Now, we find out that he was freed by the mysterious Madame Manhands.

What can we mere observers deduce from today’s transmission? It would seem that Borderland’s criminal gangs are “ganging” together under one leader—but to what purpose? For answers, let us peer a little closer, shall we, at the rap sheets of our three plotters, courtesy of the Borderland Imperial Sheriffs:
First, we have our old friend the Terminator. His wanted poster states: 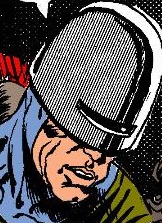 DISTINGUISHING CHARACTERISTICS: Deep cleft in chin, scars on right upper and lower arms, lower legs, hands, back, and chest.
CAUTION: The Terminator is wanted by Imperial authorities for murder, robbery, menacing, conspiring against Imperial authorities, and escaping from an Imperial Prison. Should be considered extremely dangerous. Felon is highly skilled with use of the crossbow. Do not attempt to apprehend by oneself.

What Imperial authorities fail to mention is that, though extremely dangerous, neither is the Terminator extremely bright. For that reason, he has usually sought out strong, smart women, such as the Countess and now, apparently, this Madame Manhands, to do his thinking for him. Also, apparently, the Terminator appears to perform other functions for his benefactors as well. You no doubt did not fail to notice, honored reader, that he chooses bosses who are also quite beautiful.

And this brings us to our next, but even more bizarre crook, this woman, Madame Manhands. As we see from how easily she “manhandles” (pun every bit intended) the Terminator, we can deduce that she’s well named, and not one to be pushed around by the mostly masculine members of her crime gangs. The Imperial authorities had this to say of her: 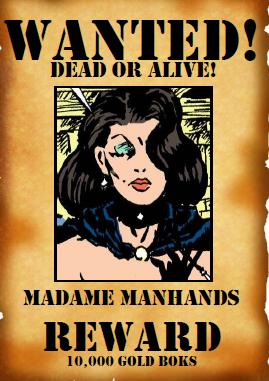 DISTINGUISHING CHARACTERISTICS: Manhands has a mole on right cheek, prefers to smoke “Imperial Brand” papirosi, and dress in black leathers. Felon’s most distinguishing characteristic is her abnormally large and powerful hands and forearms.
CAUTION: Manhands is wanted by Imperial authorities for the High Crimes of conspiring against Imperial authorities, murder, robbery, armed robbery, extortion and racketeering, disorderly conduct, and escape from an Imperial Prision. Should be considered armed and extremely dangerous.

Indeed, Manhands’ hands are so powerful, it is said that she somehow broke the lock to her cell and the necks of two guards—with just her bare hands. But how did she come by such power? (And why would she even have wanted it?). The answer may lie with our last suspect, this “Magorius” character.

Unfortunately, it would seem the authorities do not yet have any record of this person. He’s still a question mark at this point. Yet it would also seem that he is behind this high conspiracy to gather Borderland’s criminal gangs together and bring down the Dragan regime—or is he? After all, even he refers to a “common benefactor.” But who? And how? Just what exactly is going on here?

The answer, most honored reader, our three heroes may discover when they return from their battle with the vampires—gulp!—if they return, that is!

Until that time,
With Cognescentii blessings,