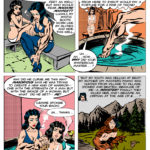 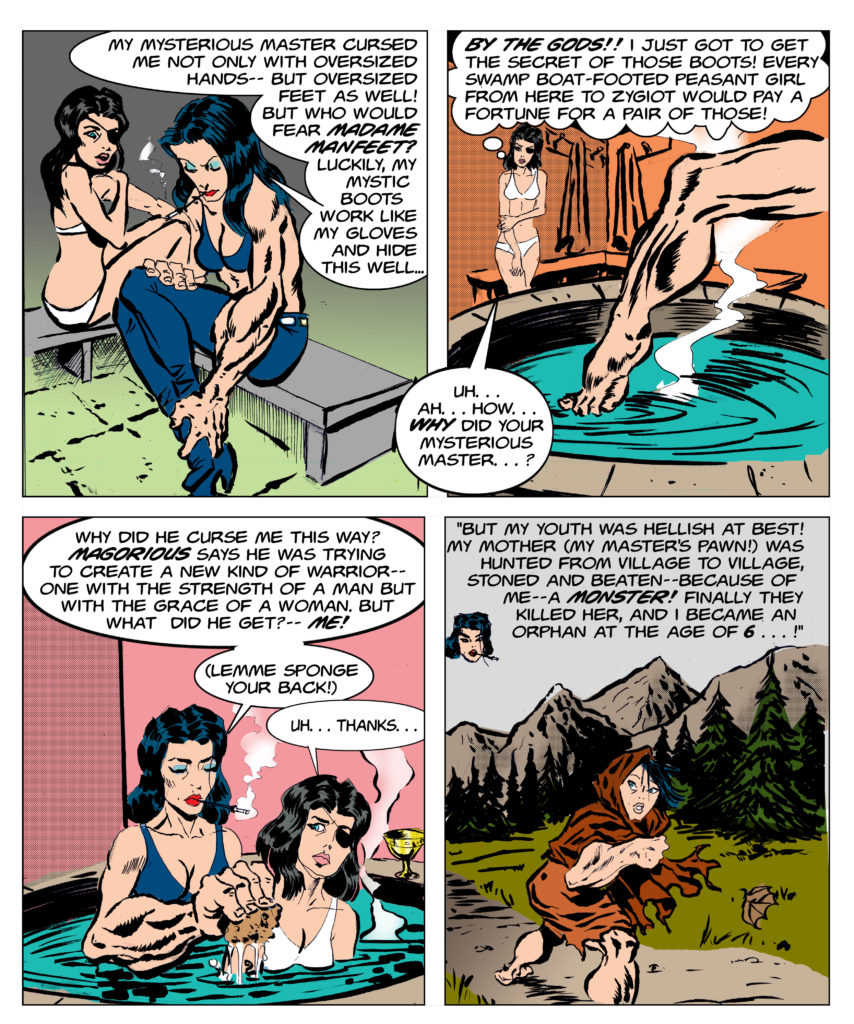 THE ORIGIN OF MADAME MANHANDS: PART I

Now, at last, we see Madame Manhands as she finally takes Nikki into her confidence (and not just her personal penthouse dungeon sauna, either!).

But how much longer can Nikki continue playing her role as Scrap, the young gang leader? Will she accidentally slip up? She’s not an actor, after all, and this wasn’t supposed to be an ongoing role, much less a starring one; she was just supposed to get some intel on the local crime gangs and get out.

And what are we to make of Manhands? Is she a demon as the townspeople thought as they chased her and her mother from village to village? Or something else? She says she was born that way. Is she some sort of freak mutation?

But the primitive people of the Wyrld were like this. If you didn’t’ conform, didn’t look like everyone else, if they didn’t know who your father and mother were, then you were hunted and ostracized, even if you were a child whose greatest sin was that at 6 months they had to go shopping for your gloves and shoes in the young adult section.

We’ll soon learn what Manhands reveals to us. But until then, what conclusions can we make about her “mysterious master” who would “curse” an innocent child with such freakish proportions? Imagine how you would have been treated on your planet growing up as a 9-year-old who already had to wear a Size 12 WWW shoe—Mens!?

What kind of master indeed! Cruel? Sadistic? Abusive? Manipulating? Possessed of a strange sense of humor? How about “All of the Above” and “arrogant” too? After all, this was no genetic freak accident since Magorious reportedly said their master had “created” her like this. That is to say, someone went in and out of their way to make this happen; such matters, however, are better left in the All-Holy Hands of the One.

Until again, may the blessings of the holy Cognescentii rain peacefully upon you!