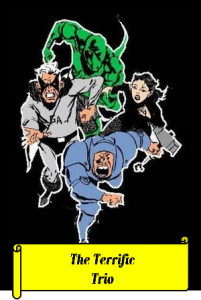 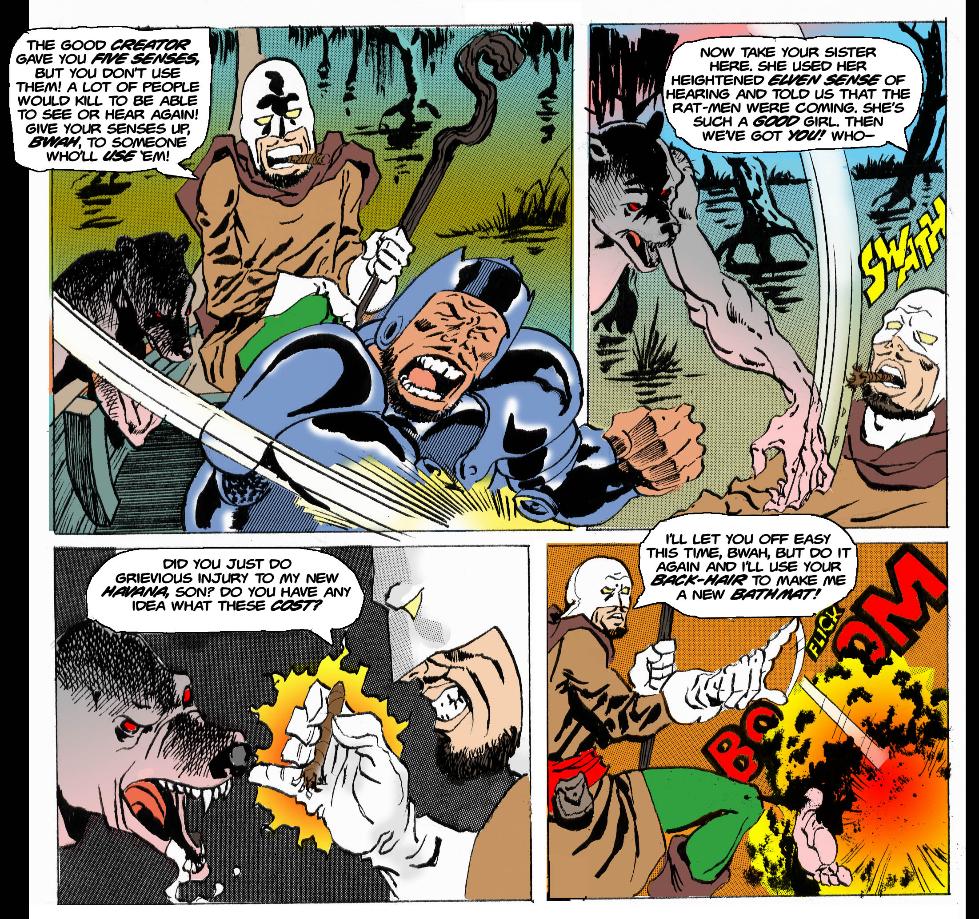 RAT-MEN, RAT-MEN EVERYWHERE! (AND NOT A TRAP IN SIGHT!)

Sigh. Here we go again, most honored reader—more Rat-Men! It is said (and I’m pretty sure that it’s true) that the Rat-Men were human and giant-rat hybrids, created millennia earlier by that great genetic manipulator of renown, the Demagogue, who was always trying to outdo Creation. Well, he outdid himself when he gave us Rat-Men!

I can’t tell you how sick and tired I was of these creatures by the time I finished my Mission to the Wyrld. And sad to say, they were just as common, obnoxious, and noisome on my last day there as they were on my first. If you think cockroaches are hard to get rid of, then you’ve never run into a band of wild Rat-Men.

I had many experiences with these most annoying (and dangerous) rodents (see HERE , HERE and even HERE ! for more information and background), among many other encounters undocumented. Now Bryan and Nikki can join in on the fun as well.

As you can see from the twins’ reactions, the legend of the dangerous Rat-Men had even reached the vast hollow, abandoned cavities located be-tween the Dragon’s ears, that space from which they hid from reality most of their lives.

Not the cleverest of beasts, Rat-Men would often work for a more powerful creature. The question becomes, was this attack of theirs on us on their own initiative, or on that of some more powerful creature there in the swamp? Was the Trubaya Ferryman behind it all? After all, he’d already collected his fares, and last week I mentioned how treacherous his people could be.

For the answers to these questions and more, most honored reader, please check in next week. May your week be a wondrous one—free of all rodents!