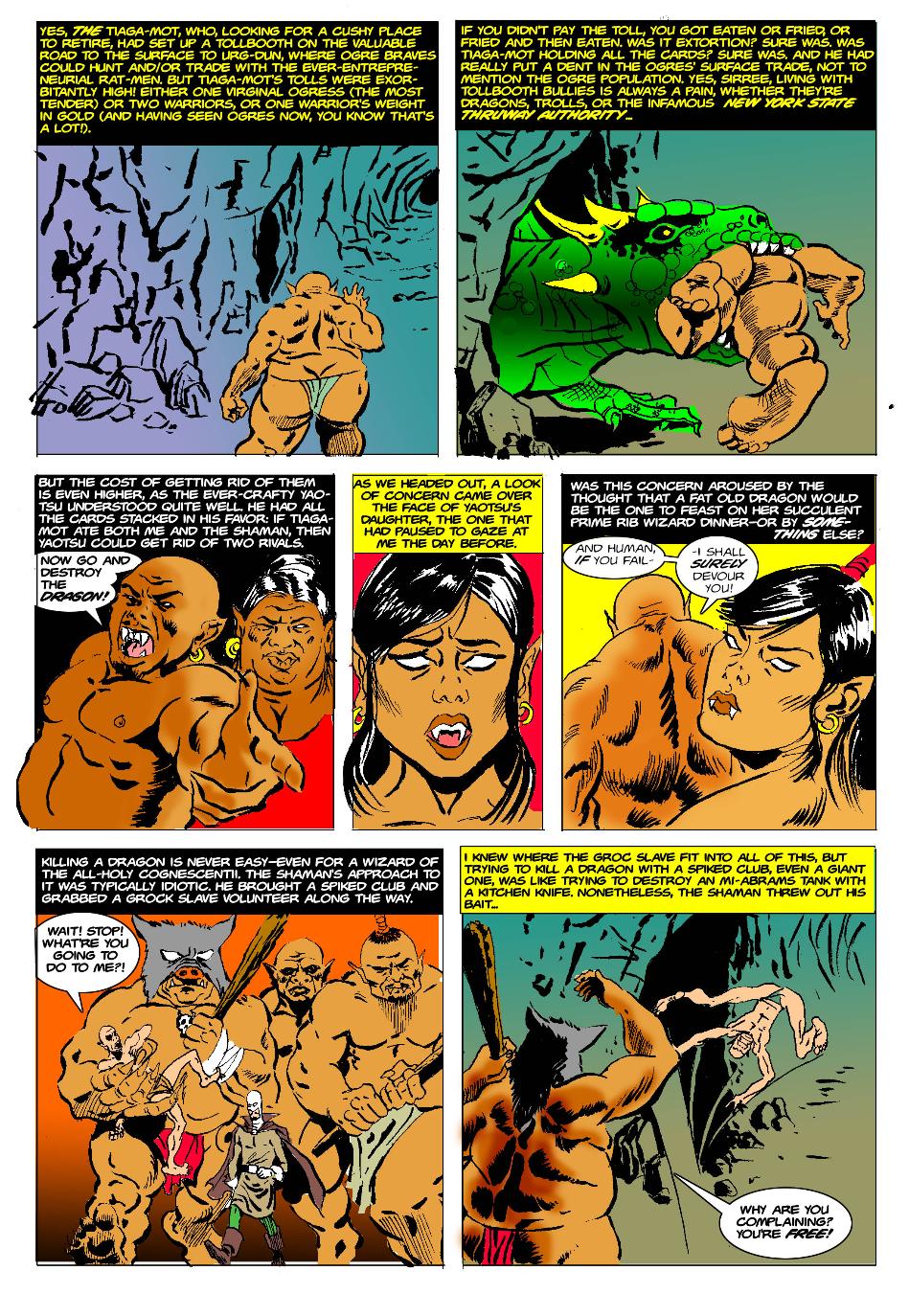 SO YOU WANT TO LIVE WITH GROCS, DO YA? OR: GROCS BEHAVING BADLY

Welcome again, dear reader, to the pages of the Tales of the Traveller! May your week have been a pleasant one.

For those of you who are new readers, there may be some question in your minds as to just “who” or “what” is a Groc. A Groc was a simian-like humanoid of rather low intelligence that lived on the western side of the Wyrld. Generally quite warlike, these primitive creatures were distant relatives to not just humans, but to Ogres as well, and bred faster than rabbits.

I once tried to domesticate a Groc-with predictable results tool Try as we might, we could never get him to clean up after himself. Of course, he left his dishes all over the place when he was through eating, and we usually stumbled and stepped into those whenever we walked into the bathrooms and closets. Besides that, he also liked to leave his clothes all over the floor (which was all the time, since he refused to wear them). Most egregiously, however, he was one of those guys who liked to urinate while he was in the shower stall (not that he ever actually took a shower, mind you, in the two years he lived with us). I pretty much let that go (but when he started going Number 2 there as well-that’s when I drew the line!). Lastly, he was irritable the entire time and fought and quarreled unceasingly with me and my domestic help. In short, our Groc turned out to be one of the worst housemates you could imagine, and in the end, we decided to return him to his native environment in the wild to rape and pillage (as was his wont).

The Ogres, however, as you saw in today’s trans-mission, regularly lived with Grocs, but they made sure the Grocs always did things their way. The Grocs, of course, never carne willingly to the Ogre settlements. Rather, the Ogres captured them on raids and then used them as servant-slave labor, till they wore out their usefulness, at which point they became dinner (a policy they also practiced with Goblins, and to a much lesser extent, Hobgoblins). In short, the Ogres, fashioning themselves the Master Race of the Under-wyrld (but then everyone down there fashioned them-selves as the Master Race), looked upon Grocs pretty much as you would a workhorse, an ox, or even a sled dog: ‘Be happy to work hard today, slave, since to-morrow we might eat you,” The main difference, how-ever, is that most of your horses, oxen, and sled dogs never talk back.

With such a caring attitude towards their smaller guests, you won’t be surprised with what happens next to this Groc volunteer. Tune in next week for that!

Until that time, dear reader,

Blessings of the Cognescentii! — The Traveller
Figure Some Uppercrag Grocs giving me the business over my morning coffee