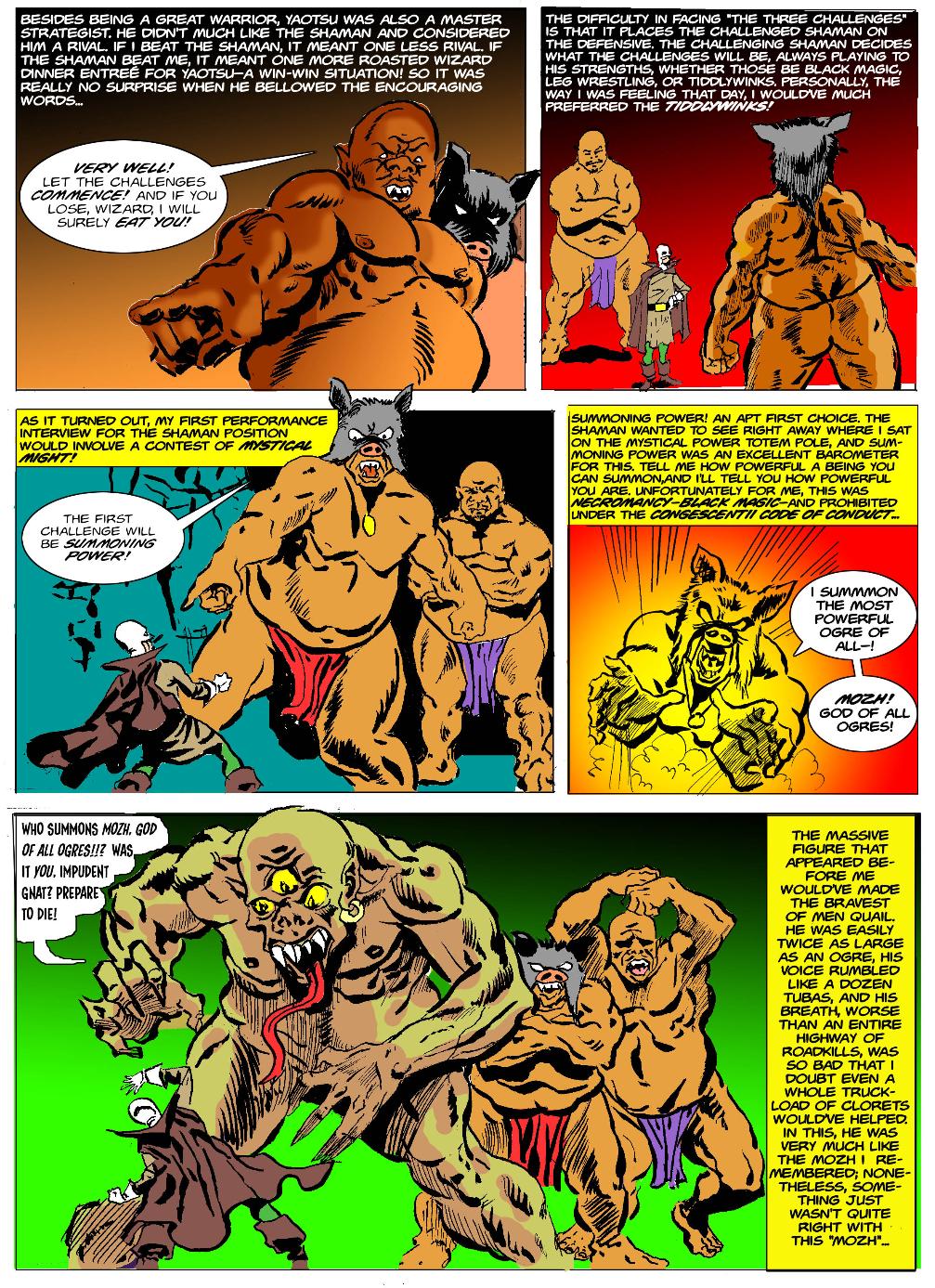 “THE THREE CHALLENGES”: SHOWDOWN WITH THE SHAMAN OR I BET MY GOD CAN BEAT UP YOUR GOD!

Welcome back, dear reader/
Last week we talked about how the fight to become the next shaman is a vicious rat race to knock off all of one’s competition as the shaman’s issuing of the dreaded “Three Challenges” shows. I also promised you last week to tell you a little more about some of the powers that a tribal god might grant a newly minted shaman.

A shaman, of course, is the tribal middleman between said tribe and the tribe’s god, who grants the shaman certain powers. These powers generally derive from the manipulation of probabilities, allowing the shaman (depending on devotion and aptitude, of course) such abilities as divination with the dead, summoning of the dead and other beings, control of the weather, creation of intense heat or cold, the ability to withstand intense heat or cold, the placing of curses, the removal thereof, healing, and even raising the dead, among other things.

In today’s transmission, we see how this Ogre shaman is challenging me by summoning a powerful entity, namely, the God of the Ogres himself-Mozh! But something doesn’t look quite right with this picture. Longtime readers of these pages will remember that I encountered Mozh a few months back, as recounted HERE. Is the “Mozh” in this week’s transmission the real deal? You decide for yourself (and we’ll get to the bottom of this next week too, I hope).

Until  then, dear reader, May the blessings of the Cognescentiii rain upon you!

Figure 1: Would the real Mozh please stand up? Which of these gentlemen is the real god of the Ogres?