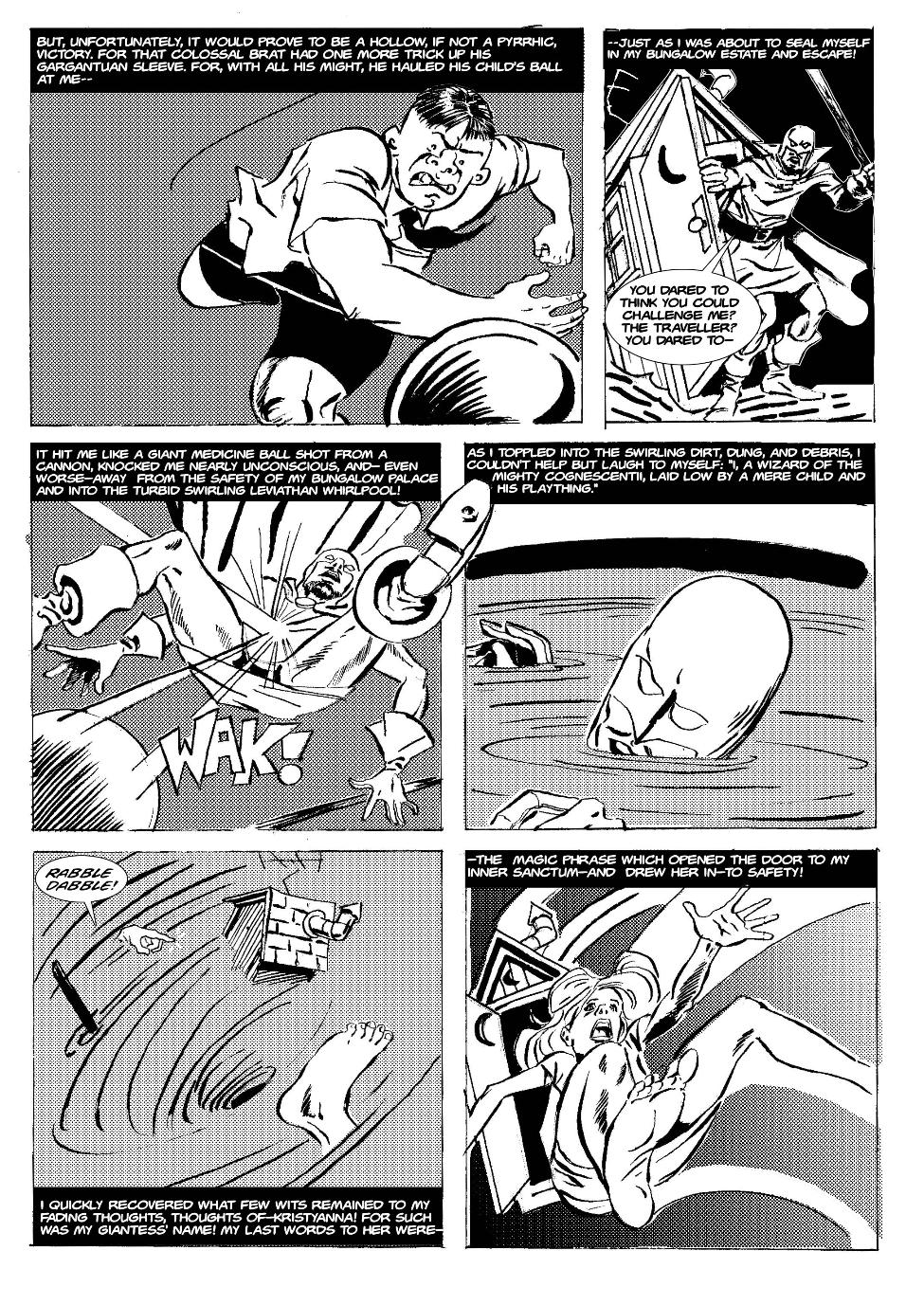 HISTORY OF THE TITANS: TAKE III OR: AN ODE TO THAT GREAT TECHNOLOGICAL SINE QUA NON!

If you’re a regular reader of these pages, then you know that for the past couple of weeks, I’ve been recounting the ancient history of the Sky-Giants. In today’s transmission, I finally conclude that history.

Having been utterly defeated over the course of the 50-Year War, the Titans were greatly weakened. The victors implemented measures to ensure that the Titans would never again threaten to conquer the Wyrld. Of course, the gods had placed two huge gates into the new Vale of the Titans, the Great Tors, which would alert them if any giants were to leave the valley. In addition, the end of the war had lasting consequences on even the victors. The First Peoples, the Elves, helped the humans erect the magnificent great wall/fortress/city-state complex that came to be known as Gorrideongard, the only manmade structure on the planet visible from orbit with the naked eye (I know this as a fact: I tested it), a complex so large it has its own zip code and is comparable to your Great Wall of China. This massive wall, all 5,333 leagues of it, situated high in the mountains and averaging some eighty feet in height, formed a rough semi-circle around the Titans’ new home: if any Sky-Giant were to leave, he or she would likely come to the wall—and be stopped. The Goriddeongard Dynasty ruled there for several millennia, ever vigilant against the return of the Titans. The Elves, on the other hand, withdrew even further to devote themselves to inner reflection, prayer, and contemplation (almost becoming figures of myth and legend in the process). The Dwarves, utterly devastated by the wars, also withdrew to regroup, and the gods, who had expended themselves mightily to defeat the giants, went into a long period of recuperative slumber.

Humbled, the Sky-Giants grew peaceful and inwardly reflective; thus, in the centuries and millennia since, the Titans began to investigate the arts and worked to improve their lot in their new faraway imprisonment. From a technological standpoint, they became more advanced than many of the peoples who had conquered them (except for the gods, of course). And one of the markers of that advancement, that remarkable “technological sine qua non” of which I spoke about in last week’s installment, is the humble toilet, for with this one simple invention, a race demonstrates knowledge of several areas: infiltration and sanitation systems, bacteriology, pathology, epidemiology, ceramics, metallurgy, hydraulics, and plumbing, not to mention civil engineering and planning. Indeed, it is for these very reasons that a newly-arrived and weary Cognescentii wizard, having completed his near infinite voyage to a new world from the Realm Without Time and Space, will, upon meeting a new race, almost always make a bee-line for the nearest privy: in a glance he can size up a people’s level of advancement (that and he usually has to pee like a racehorse…!).

Next week, the conclusion to my tale. Until then, dear reader! Blessings!

Post Scriptus: Periodically, in the centuries there-after, the Cognescentii would visit the Sky-Giants to gauge their intentions. As a special, special treat for you this week, my friends, I recount for you the story of my first trip to the Vale of the Titans and how I became there a persona non grata! Just click HERE