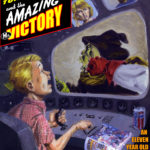 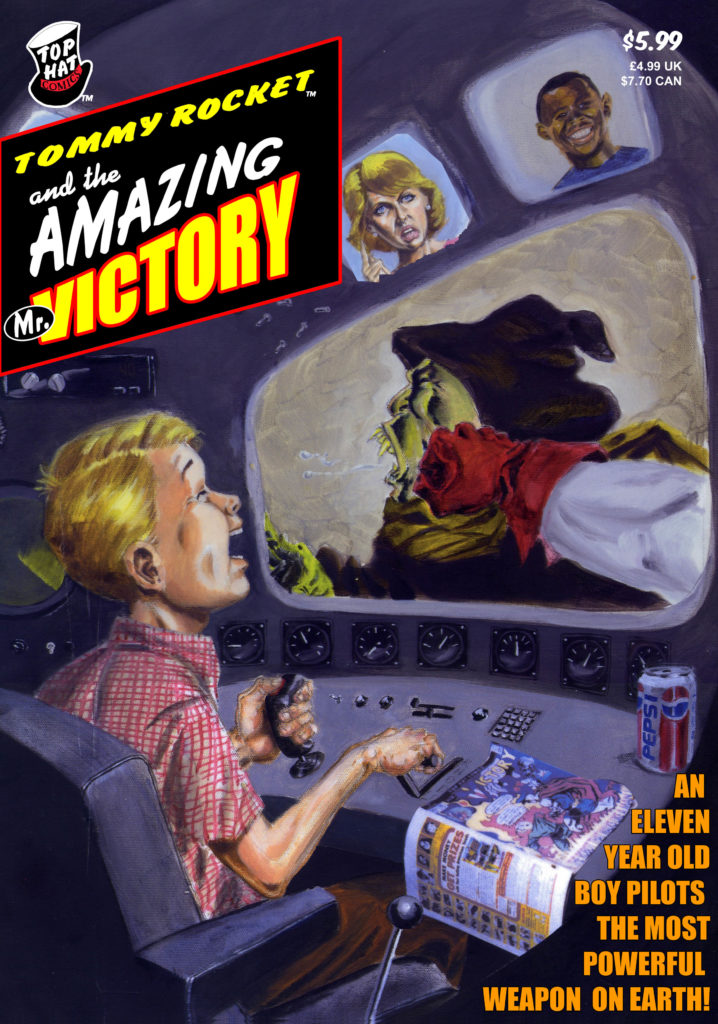 THE STORY BEHIND THE COVER FOR “TOMMY ROCKET & THE AMAZING MR. VICTORY!”

Welcome, dear reader! We hope you’ve enjoyed the story of Tommy Rocket & the Goober Patrol so far. Now, at long last, we’re ready to launch the next segment of his saga, namely, “Tommy Rocket & the Amazing Mr. Victory,” beginning today with the cover.

This cover design we’ve settled upon draws much from the old pulp magazines (aka, “pulp fiction”). These magazines, published roughly from 1896 to the 1950s, were generally inexpensive as they were published on cheap wood pulp paper (hence, the term “pulp”), and featured stories by some of the greats of fantasy and science fiction literature, including Asimov, Robert Silverberg, and Philip K. Dick, among many others. These pulps, in turn, went on to influence other “new” greats, including Stan “The Man” Lee and even the Great King Kirby. As many of the pulps were also and often richly illustrated, we could even conclude that the pulps are one of the ancestors of our modern-day superhero comics, and several old pulp heroes even saw life again as comic book heroes (e.g. Doc Savage and The Shadow, among others).

Our connection with the pulps is secondhand then, at best (we’re not that old, after all!). Fortunately, sometime in the mid-1970s (our “Heyday”), our grandfather gave us an interesting book detailing the history of the pulps, a book richly detailed with many of the old pulp covers. 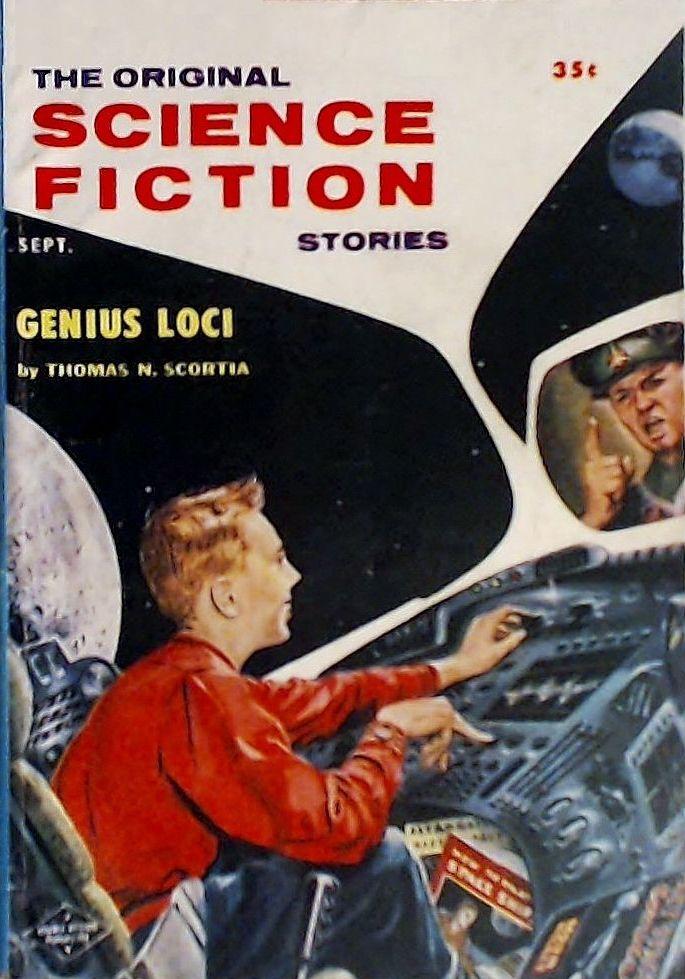 Ed Emshwiller’s cover for the September 1957 edition of The Original Science Fiction Stories.

One of the covers which caught our eye is that of the September 1957 issue of Original Science Fiction Stories (right), with an interesting but playful cover by the great visual artist Emsh (aka, Ed Emshwiller). This cover featured a mischievous, grinning teen piloting a spaceship as a general furiously scolds him. Under the dashboard is an instruction book entitled, “How to Pilot a Space Ship.” The cover is based on that issue’s story, “The Head in the Clouds,” by Calvin M. Knox, about a 14-year-old boy who “borrows” a spaceship from the military to take for a spin.

This leads us to our own prodigal boy-genius, über-brat, Tommy Rocket. He also seems to have piloted some type of “ship” and is up to some mischief with it. Instead of an angry general, he has an angry “mom” scolding him (but he also has a cheering friend in Nate Turner on another screen). Lastly, instead of an instruction book on the dash, he has a comic book, “Mr. Victory” And then finally we have someone else (someone quite ugly, by the way) taking a haymaker to the jaw on the main screen.

If Tommy isn’t piloting a spaceship, then just what’s going on here? We hope you continue to visit to find out in the weeks ahead.

As always, we thank you for tuning in to Top Hat Comics!

Publishers and Channelers of the Traveller, Flight Flanders, Yorick, Tommy Rocket,  the Terrific Trio, and other outlandish characters.