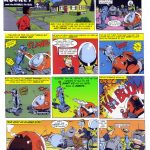 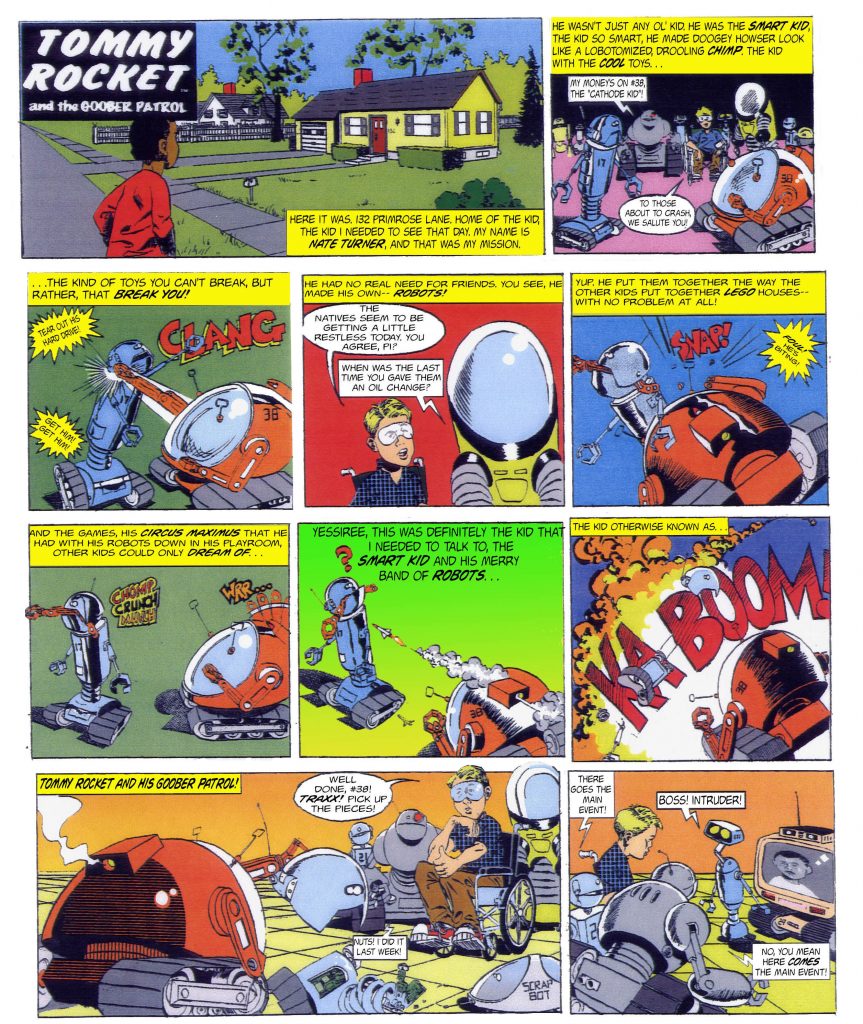 At long last Tommy Rocket is making it to the virtual ether! This story began twenty years ago before the widespread use of the Internet with the introduction by Top Hat Comics of Tommy Rocket & the Goober Patrol #1, which also featured Tales of the Traveller, Ilusha, and Yorick. Tommy’s tale continued for six issues, finishing the first story arc. 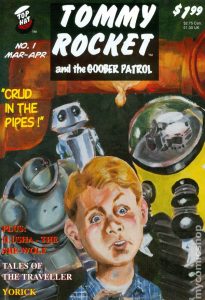 Tommy Rocket is the story of a boy with a fantastic intellect but without yet the emotional maturity to deal with the rest of the world. Luckily for him, he’s surrounded by good friends who can help him in that department, among them, Pi (pronounced like “pie”), his oldest robot friend and first babysitter; Nate Turner, the level-headed kid down the street with a taste for adventure, and of course, the Goober Patrol, the band of robots Tommy created to keep him company.
Tommy’s original adventures have been redrawn, revised, digitized, and supplemented to finally appear here on the Top Hat Comics website. For those older readers among you, we also hope that you experience a strong sense of nostalgia for your own childhood and in reading this strip will find Tommy Rocket to represent everything that you remember childhood to be; all that you hoped it could be; and all that you feared it wouldn’t be!
We hope, dear reader, that you enjoy this strip as much as we did creating it. And as always, we thank you for visiting.